A legally impaired driver who causes an accident where someone else is injured, even slightly, can be charged with an injury DUI. This is true even if the injured person was the driver’s passenger and doesn’t want to press charges. Injury DUI is an extremely serious offense because it can be charged as a felony and can result in a prison sentence. Anyone facing the charge of DUI with injury must consult with an experienced Huntington Beach DUI lawyer.

All DUI defenses are available for this charge plus one additional defense–that the accident was not your fault. California Vehicle Code Sections 23153 is the DUI with injury statute. But any 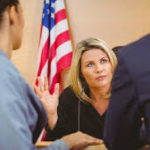 Huntington Beach DUI lawyer will tell you it only applies if you cause the accident. Just being in an accident when you are intoxicated isn’t enough to convict you of the offense. If you were driving while intoxicated and another driver causes an accident, then you could only be convicted of a simple DUI. In order to convict you of felony DUI with injury, the prosecutor must prove that you either violated some traffic law or were negligent in some way. They must also prove that the traffic violation or negligence caused the accident.

Penalties For DUI With Injury

DUI with injury is what we Huntington Beach DUI lawyers call a “wobbler”, which means the prosecutor can charge it as a felony or a misdemeanor. If charged as a misdemeanor, it carries a maximum of one year in the Orange County jail. If charged as a felony, it is punishable by either 16 months, two or three years in the state prison. Even a slight injury is enough to trigger this statute. 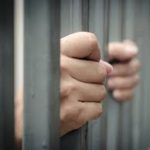 If the injury is serious, things get much worse. If anyone is seriously injured then you can also be charged with causing “great bodily injury”, which is a sentence enhancement. If this enhancement is found true by a jury, then you face an additional mandatory three years in the state prison on top of the sentence for injury DUI. Moreover, if there is great bodily injury, then the offense of injury DUI becomes a “strike” offense under California’s three-strikes law. The seriousness of this charge makes it imperative to speak with a seasoned Huntington Beach DUI lawyer today.

California Vehicle Code Sections 23153(a) states; “It is unlawful for any person, while under the influence of any

If you are facing a DUI with injury, you need the best legal representation possible.  Your Huntington Beach DUI lawyer must be experienced in handling felony charges. We offer a free telephonic case review and consultation. Call (949) 278-6353 today to speak to Mr. Stopyro about the charges you face as well as what defenses may be possible for you.