Who Must Take A Test?

Under California law, any person who drives upon or uses the roadways has “consented” to take a test to determine the alcohol content of their blood. The “implied consent” law (California Vehicle Code Section 23612) states that if you are lawfully arrested for DUI then you must submit to a blood or breath test. If you refuse to take a blood or breath test you will also be charged with a “refusal” and you will face additional penalties both in court and at the DMV.

If this is a first-offense DUI and you are also charged with a refusal, you face a one-year suspension of your driver’s license with no possibility of a restricted license. If the DUI resulted in injury to anyone other than you, then you also face a mandatory 48 hours in the Orange County jail. In Orange County, the DA will usually ask for some jail or CalTrans time if there is a refusal in a first offense DUI case. If your Huntington Beach DUI lawyer can find a potential weakness in the DA’s case the DA may dismiss the refusal allegation.

If you have a prior DUI within 10 years of the new DUI charge, the law mandates an additional 96 hours of jail time as well as a two-year license revocation. The DA typically requires around ten days of extra jail time on top of the sentence for the second-offense DUI.

What The DA And DMV Must Prove

In order for the DMV to find that a refusal of a mandatory test, the DMV must prove the following four issues:
Strangely, there is no requirement that the DMV prove that the person was actually driving. They need only show that the officer had reasonable cause to believe that the person has been driving. This often comes into play when the police find a person near or inside of a parked car. In such a case, your Huntington Beach DUI attorney may actually win in court and have the case dismissed and yet still suffer a license suspension/revocation from the DMV for refusing to take a test.

In Orange County, you will be required to take either a blood or breath test. The urine test is not available. However, if the arresting officer has specific evidence indicating that you may also be under the influence of drugs, then you must submit to a blood test. If it is an alcohol DUI, then the cop must give you a choice of breath or blood. If they don’t give you a choice, your Huntington Beach DUI lawyer can bring a motion to suppress evidence and have the case dismissed.

You Must Be Advised Of The Consequences

In order to be penalized for refusal, the officer must first fully admonish you of your duty to take the test and the consequences of refusing to do so. The admonition must consist of the following language:
If your refuse to submit to or fail to complete a test your driving privilege will be suspended for one year or revoked for two or three years. A second offense within ten years of a separate violation of driving under the influence, including such a charge reduced to reckless driving, or vehicular manslaughter, or a violation of Section 23140 CVC, which resulted in a conviction, or a separate administrative determination that you were driving with a BAC of 0.01% or more while under age 21, or a separate administrative determination that you were driving with a BAC of 0.01% or more while on DUI probation, or a BAC of 0.04% while operating a commercial motor vehicle, or a BAC of 0.08% or more at any age, or you refused a test, will result in a two-year revocation.
Three or more offenses within ten years of any combination of the above violations, convictions or separate administrative determinations will result in a three-year revocation. Refusal of failure to complete a test may be used against you in court. Refusal or failure to complete a test will also result in a fine and imprisonment if this arrest results in a conviction of driving under the influence. You do not have the right to talk to an Orange DUI attorney or have an attorney present before stating whether you will submit to a test, before deciding which test to take, or during the test.
If the arresting officer does not read you this exact admonition, then your Orange DUI lawyer has ammunition to fight. If you were not properly admonished of your duty to take a test and the consequences of your refusal to take the test, your Huntington Beach DUI lawyer may get the refusal allegation dropped in court and at the DMV.

What Constitutes A Refusal

Once the police officer reads you the admonition, your consent to submit to the test must be “clear and unambiguous”.  Moreover, you only get one chance to agree to take the test after you have been properly admonished. If you do not consent to take a test after being admonished, then that constitutes a refusal.
If the police do a “forced draw” where they hold you down and take your blood, you still will face a refusal charge. Even if you refuse at first but change your mind and agree to take a test later, and do take a test later, you can still be charged with a refusal based on your first answer. One offer plus one rejection equals a refusal, even if you later comply.
If the officer attempts to read the admonition to you and you are disruptive during the reading, this too is a refusal. Also, if you initially agree to take a test but are uncooperative during the test, this is also a refusal. For example, if 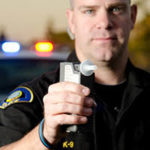 you agree to take a breath test, but during the test you purposely don’t blow hard enough to get a result, then this is a refusal.
If you choose one test but are unable to complete it, then you must submit to the other test. So, for example, if you choose the breath teat but cannot blow hard enough or long enough (perhaps due to asthma or other ailment), then you must submit to the blood test. Failure to do so constitutes a refusal. However, if you suffer from hemophilia or if you are taking anticoagulant medicine, then you are exempt from taking a blood test. If the police officer said or did anything during the DUI investigation that would reasonably cause a person to be confused with respect to their obligation to take a test, then a refusal cannot be sustained against that person. For example, if the officer read you your Miranda rights (which state you have the right to an attorney) right before the test, and you mistakenly believe you have the right to talk to an Huntington Beach DUI attorney before you take the test, then the confusion is reasonable.

Not Under Arrest Yet

Since the obligation to take a test of your breath or blood does not arise until after you have been arrested, if your Huntington Beach DUI lawyer can show that the officer admonishes you about the test before you are actually arrested, the refusal must be “set aside”.

No Probable Cause to Stop You

The obligation to take a blood or breath test also does not arise unless the officer had a lawful reason to stop you in the first place. The officer must have observed you break the law before a stop can be considered legal. If your Huntington Beach DUI attorney can show that the stop is not based on a law violation, then the refusal must be “set aside”.

Often, once an officer makes an arrest for DUI, he or she will informally ask the arrestee if they will take a blood or breath test. This “informal” request does not constitute a proper admonition of your obligation to take a test and the consequences if you don’t. If your Huntington Beach DUI lawyer can show that the officer does not read the exact admonition as reproduced above, then the admonition is not proper and the refusal must be “set aside”.

If a person has suffered a head injury and that injury makes it difficult or impossible to understand the complex admonition, that person cannot be held accountable for a refusal and it must be “set aside”.

If you are too intoxicated to understand the admonition, that will not save you from a refusal unless the intoxication was involuntary. For example, if someone puts a drug or alcohol in your food or drink without you knowing it, then the intoxication is involuntary and the refusal must be “set aside”.

If you choose to take a breath test and you properly blow into the machine, but the machine doesn’t give a reading, then this is probably the result of operator error. If your Huntington Beach DUI lawyer can show operator error, the refusal cannot be sustained. Since the error was not yours, the refusal must be “set aside”.

The Law Office of EJ Stopyro offers a free and confidential consultation with one of Orange County’s top DUI defense attorney. EJ will explain what will happen in court and at the DMV and help you explore your options. Call us at (714) 660-0466 anytime. EJ is available for after hours consultations.